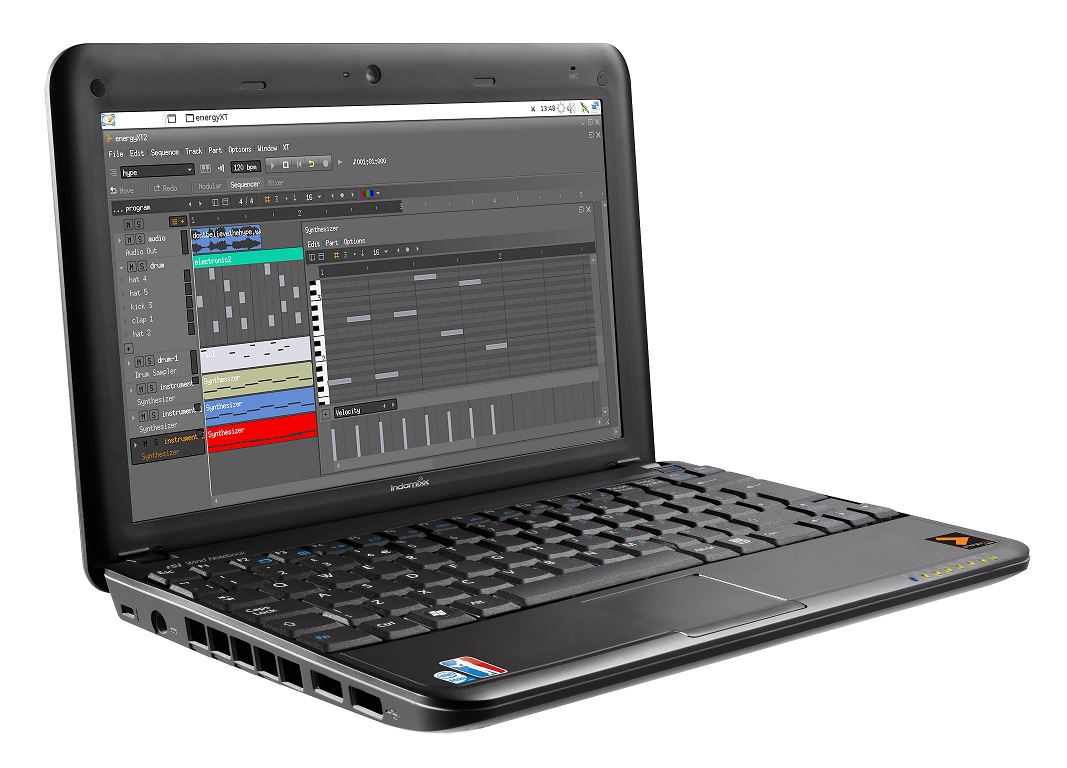 Hello everyone and welcome to Episode Two of the Five Minute Sound Study Podcast discussing computers. Last episode we covered a basic description of what a sound wave is. Obviously we haven’t even scratched the surface of that topic, but rather than bombard you with science, the approach I’m going to take on this show is to mix the science in with the stuff we care about so that there’s context and you can understand why it’s important.

So with that in mind we’re going to start talking about what we need to capture and do something with those sounds waves we discussed last episode. Our focus here is recording audio, be that music, sounds, or voice like this podcast. So to do that we need a few basic things. Now I’m sure some of you will remember mixing consoles (those big boards with lots of sliders and knobs), tape machines, multi-track records and so and so forth. Recording pristine audio used to be a challenge and very expensive to do. These days it’s relatively inexpensive. All you really need is a microphone, a device to capture the audio from that, and somewhere to store it and listen back to it on. The easiest way to do that these days is something called “In The Box recording”. All that means is using your computer to do that.

Over the next few episodes we’ll spend some time going over each of those components in a little more detail, but working in the IT world as my primary job, I thought I would start by discussing the computer first. Put away any preconceived stereotypes you may have about Mac’s and PC’s, both are more than capable of doing what you need. In terms of music production, like many of you I’m learning, and as I learn I share. When it comes to computers however, I’ve been doing this professionally for a quarter of a century, and been proficient much longer than that. I use both Mac’s and PC’s in my personal and professional life, and either one will do the job you need. There is a common theme I have discovered while learning and speaking with teachers and music professionals however, that is use what works for you. Music is all about personal preferences, in the style, content and approach. The people that work in that space tend to have very strong opinions about what they like and what works for them. BUT, you are you’re own person and will need to figure out what you are comfortable with. So if you are happy with Windows based PC’s go with that, Mac’s are your thing? Go for that, what you feel comfortable working on should be what you use.

So with that in mind, let’s talk about some of the commonalities between the two platforms that will make a difference. There are some basic parts of the computer you use that will impact what you are able to do. We’ll start with the CPU. Honestly these days any basic computer will have the processing power to record and manipulate audio,but the CPU will affect the amount of manipulation you can do, if you are using a large amount of effects on your audio that will impact the performance. If you are just recording a voice and a guitar, no problem, but if you start getting into large track counts with loads of effects you could run into problems, so the more powerful the CPU, the more you will be able to do. In the early 2017 landscape, an Intel I5 based CPU should keep you happy, if you can afford an I7, you will have more horsepower than you need and the gadget junkie geek in me says there’s nothing wrong with that.

Memory of the RAM variety. This one is really important because the more your system can load into RAM, the better it will perform. I would recommend 8 Gigs as a starting point, and 16 as the sweet spot.

OK Hard disks. This one may get a little complicated, but it’s worth understanding. Basically this is the chief bottleneck in today’s systems. Your system has a main drive where it stores all the files it needs, being programs, operating system related files and even data. There are two types of popular drives these days. Conventional physical drives and SSD’s. Conventional drives use magnetic heads that go across a platter to read and write data, they provide more space at a cheaper price. SSD’s store data on a semiconductor and there are no moving parts. SSD’s are much faster, but also more expensive and don’t approach the storage capacity of conventional drives. If you can afford to go the SSD route however it is the way to go. You can get monstrous track counts without any hiccups. If you are using physical drives however, it can handle recording more than enough tracks for the average user and will give you the benefit of more storage space for your buck but I will make a recommendation. Get a separate drive to store your music projects on. If you have a low amount of RAM the system will begin swapping information to the drive and if that is the drive where your audio is you could run into problems. Personally I use SSD’s for my working drives and conventional drives for my long term storage.

Finally the connection to the interface. We will touch on the actual audio interface in a future episode but this is what will connect you to that. As of today’s date the available option are an internal card, USB, Firewire, Thunderbolt and Ethernet based devices. Like a lot of things in this hobby we love, this boils down to what you can afford and what you plan on achieving. Firewire ports have been discontinued and so have most devices based on that port. You can get those devices heavily discounted these days, BUT you may run into problems with support for them down the road. USB is pretty well the standard for entry level musicians/producers. Thunderbolt, Ethernet and internal cards are in the higher end range. Like I mentioned these tie into the interface you will be using and there is a lot more to discuss about that in the next episode, so we will do that there.

I want to end this off by contradicting everything I just said. Wait what? Ready? OK here we go. We are making music, that is the goal. You don’t need the best and the fastest stuff. I would argue that that may even ultimately hurt your music. Why? Because when you are challenged by the process, it forces you to be inventive. Pink Floyd’s Dark Side Of The Moon was recorded using only sixteen tracks!! Think about that. In a recent studio session I worked on, I used that many tracks just for the drums, and I can assure you it was no Dark Side of The Moon! The point I’m getting at is what really matters is the music. Use what you have and can afford and don’t get too obsessed with the equipment you think you may need. Be creative, be inventive, enjoy the process! And I will leave you with that thought, until next I’m Rob Blazik and this has been the Five Minute Sound Study.